↓ Skip to Main Content
Call us Today for a Consultation 973.616.9600
Home › Blog › Various Transitional Elements that a Landscaping Company in NJ May Use 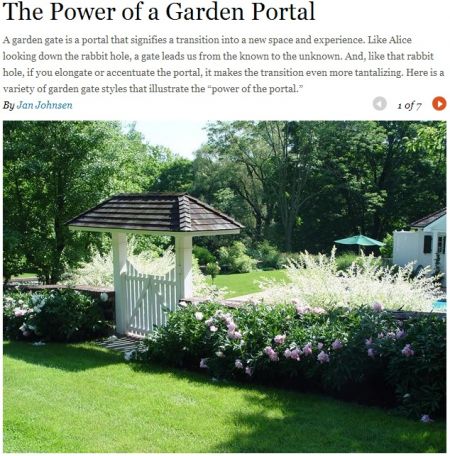 Various Transitional Elements that a Landscaping Company in NJ May Use

Transitions are typically classified as either sharp or gradual. Most gardens will mix both to varying degrees, although some will rely more heavily on one type of transition over the other.

Below is a list of common transitional elements and their typical uses, which may come in handy when you discuss ideas for your garden with a landscaping company in NJ.

Typically used to separate sections of landscape with greatly differing themes, garden portals signify a sharp transition between spaces. This can be used to dramatic effect, as Garden Design suggests:

“A garden gate is a portal that signifies a transition into a new space and experience. Like Alice looking down the rabbit hole, a gate leads us from the known to the unknown. And, like that rabbit hole, if you elongate or accentuate the portal, it makes the transition even more tantalizing.”

Fences, walls, and hedges can be used to introduce an abrupt change or influence direction. Although this transitional element is, by nature, a sharp transition, it can be used to direct the viewer along a gradual transition.

For example, a garden can be constructed in a rectangular space that is subdivided in the middle by a wall, such that visitors to the garden follow a U-shaped path. The wall can be used to provide a sharp transition between the parts of the garden on either side of the subdividing wall, while a gradual transition is used to ease the change along the length of the path.

Also, when hedges are trimmed with softer edges and shrubbery is grown along the edge of the hedge to introduce a stepped change, this creates a gradual transition instead of a sharp one.

Slopes and hills are typically used to introduce a gradual transition, with the nature of the garden changing slowly as you progress up or down the feature. When a sharp transition is needed, steps can be used to separate sections of the garden as the elevation changes.

Sections of lawn, pavement, and a whole host of other features can also be used as transitional elements in your garden. An experienced NJ landscaping company, like Scenic Landscaping, can help you gain a better understanding of this important aspect to landscape design and assist you in creating the garden or formal landscape of your dreams.

(Source: The Power of a Garden Portal, Garden Design) 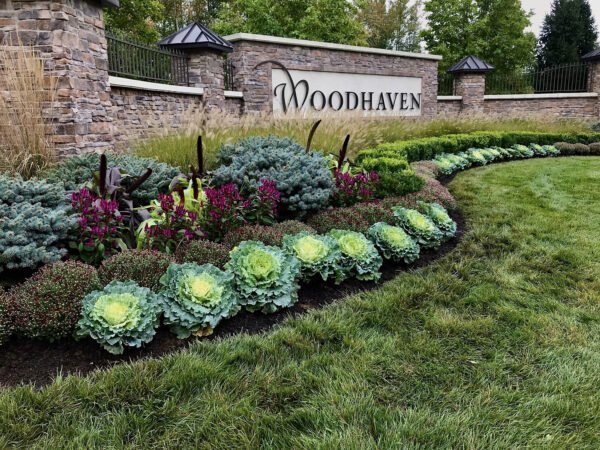 Best Perennials to Plant in the Fall 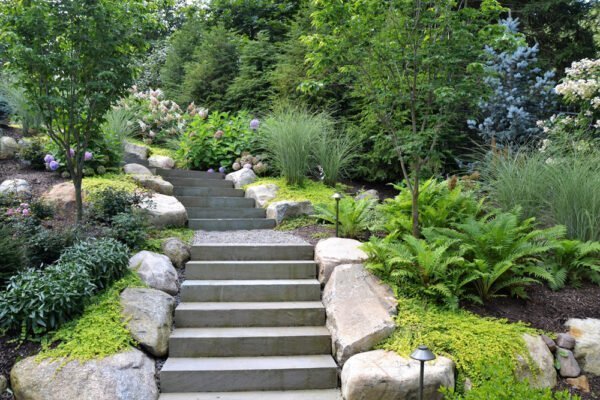 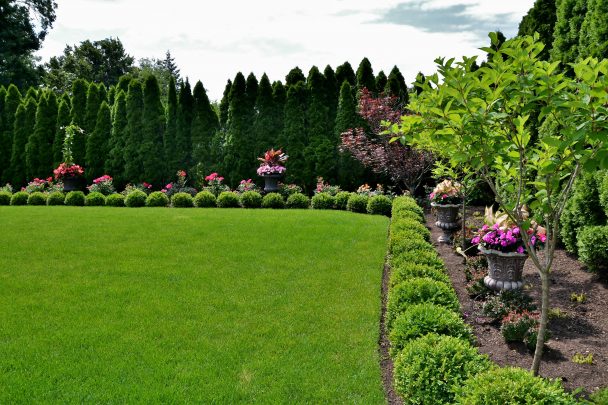 More of What We Do 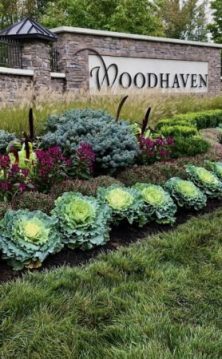 Best Perennials to Plant in the Fall

As a general rule of thumb in our industry, fall is for planting. When it comes to the best perennials to plant in the fall, it is important to plant now, before the ground freezes, to make way for...
READ MORE